Well we arrived back home safely yesterday after what for us was quite an extreme journey through snow, hail and rain… SNOW being the new element for us, we encountered a severe snow storm as we entered California on our way home that lasted for about 40 km, we had snow chains but couldn’t stop to put them on, so we made our way slowly, slip sliding’ a few times, several cars had not made it and had plowed head first (or back first??) into the snow banks on the side of the road, we sagely shook our heads like we were seasoned snow experts.. tut tutting … they obviously were driving too fast!! Wish it had been day time so I could have taken some shots.

When we left home on Monday morning it was snowing!! 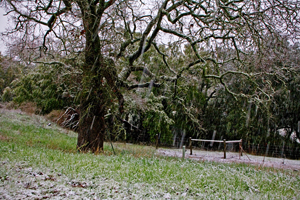 Far out we thought… this was going to be a tough trip.

Soon after we hit Highway 101 the conditions cleared, it was beautiful to see the snow capped mountains lining the Salinas valley as we made our way towards San Francisco. We drove up through central California on the I5. We had lunch at Williams (Granzillas Restaurant….thanks Hayley for the tip)

OK so the Central Valley of California is exactly that, a big valley stretching all the way through central California…boring as all hell.

Then we reached Redding and things started to change, first we noticed the oak trees disappeared and pine forests took their place the scenery became dramatic and very beautiful.

We didn’t stop and I tried to take a few shots out of the car window,the first being a photo taken near WEED CA, and views of Mt Shasta, this photo isn’t Mt Shasta but it was cool and pointy!! 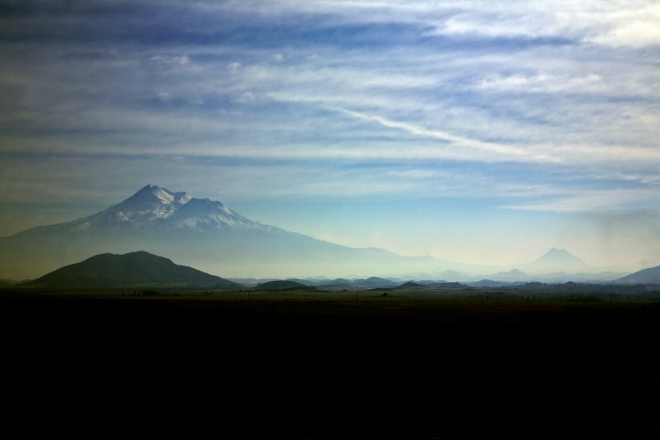 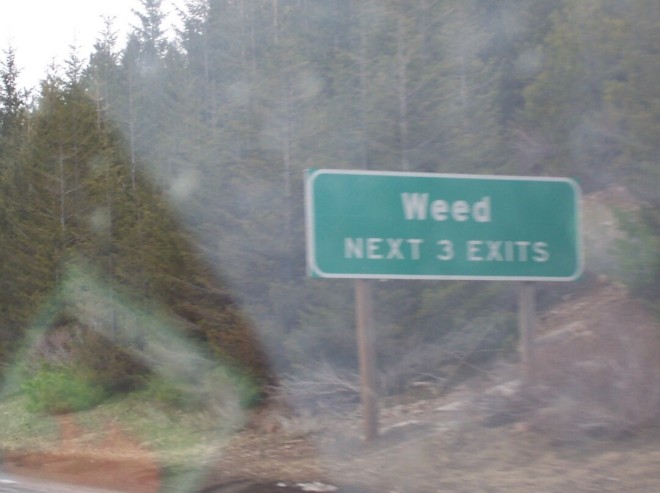 Love it….a town called “Weed” in California, unfortunately we didn’t stop we had a deadline to meet! 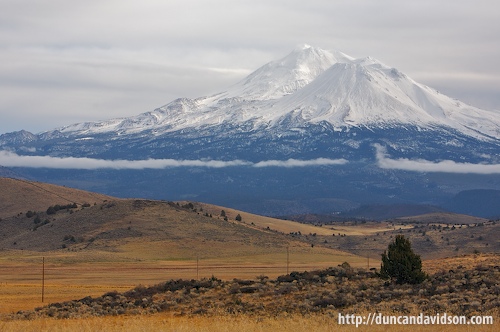 Not my photo but we saw exactly this scene.

So then we entered Oregon and it got fairly dark as it was snowing and raining intermittently,  it was very beautiful, I remember driving through the Rogue Valley and watching a full moon rise over Wolf Creek.. images etched in my mind that I couldn’t capture with the camera but will stay a while.

We stopped in Roseburg for fuel and a bite to eat, trying to find a place with Wifi so we could log on to Wine.Woot and contribute to the blog that we were part of, no luck there, “What’s WiFi?”, the question saying all.

Keen to press on we did passing through Portland and then entering Washington, we finally stopped for a rest it was 12 mid night, in a tiny dorp called Tumwater. The hotel was OK, clean and warm considering it was snowing outside.

We woke up early the next morning and after a quick brekkie were on our way again. 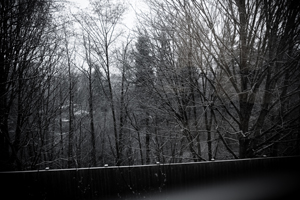 View out of the Motel window

We left early, passed through Seattle no problems and reached Canada before Lunch time. Booked into our hotel and found the Scotia Bank to pay the Visa fees ready for our Interview in the morning…

This site uses Akismet to reduce spam. Learn how your comment data is processed.